Neil and Maria Empson, pioneers of the Italian wine in the US market, remain partners with prestigious wineries five decades later 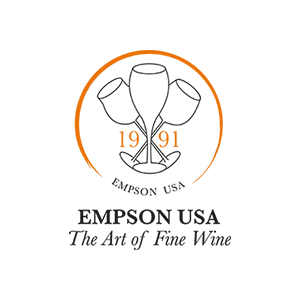 Alexandria, VA, June 28th, 2021 – It was 1971 when Neil and Maria Empson began importing Italian wines into the United States, and one year later officially founded Empson & Co., an early advocate of Italian wine in the U.S. Today the couple is known for having discovered many of Italy’s iconic wine producers and introducing them to the US market, including Gaja, Sassicaia and Biondi-Santi, which were launched into the American market by Empson. This year, Empson USA, under the leadership of Neil and Maria’s daughter Tara Empson, celebrates 50 years of partnership with some of the leading historical estates who have been with Empson from the very beginning, embracing the same family business philosophy and long-term relationship values.

One of the company’s first partners was Poderi Luigi Einaudi, founded in 1897 by Luigi Einaudi, Italy’s second President of the Italian Republic and one of the country’s finest Barolo producers, which Empson has represented since 1971. In the following years, Empson compiled a remarkable portfolio of Italian family-owned estates including Monte Antico in 1972, Conti Costanti in 1973, Cignale in 1977 and Boscarelli in 1978, all from Tuscany. They also added Bricco Mondalino in 1979 and Marcarini in 1981, both from Piemonte, and Speri from Veneto in 1981. Today these producers celebrate their 40 to almost 50-year partnership with the US importer.

“The company’s vision has always been to find high-quality wine producers and to build long lasting relationships, ultimately partnering with growers to promote their gems outside of Italy,” states Tara Empson. “The remarkable thing is that my parents were not only able to create business relationships with these wineries, but form friendships with the families that ran them.”

Empson’s dynamic portfolio has expanded throughout the years to include more than 50 of Italy’s finest names, and stepping outside of the wine category in 2010 offering a selection of Italian spirits. In its mission to find the most talented winemakers from both old world and new, Empson’s global diversification continues to evolve with the addition of international wines; first New Zealand and Chile, and in 2020, Spain and the United States, representing heritage brands such as Sangre de Toro, Vina Sol and Vina Esmeralda from Familia Torres, and Paul O’Brien Winery in Southern Oregon, respectively.