Clive Pursehouse is the U.S. editor for Decanter, with added regional responsibility for both Oregon and Washington states. After relocating to the West Coast nearly 20 years ago from Pittsburgh, Pa., Pursehouse developed a deep appreciation for the wines of the Pacific Northwest. Before that, going back as far as 2007, Pursehouse was already writing about Oregon and Washington producers and their wines on a few wine blogs. He’s spent the last 10 years as culture editor for Peloton Magazine, covering cycling, travel, wine and cuisine. He races cyclocross and has an opinion about everything — just ask him.

My former boss at the University of Washington gave me a bottle of wine, a simple red blend from a brand that no longer exists: Sagelands. After my wife and I had it with dinner, we thought we might check out Yakima and the wines there. I had a tasting room experience that was fairly common, and I guess it changed the trajectory of my life. A woman at a tasting room in the Rattlesnake Hills poured me three different vintages of their Merlot. I’ve been fascinated by wine ever since.
I got into wine writing because one of my colleagues within the university housing sphere (he was at Oregon State, I was at the University of Washington) produced The Oregon Wine Blog, and he asked me if I would be interested in writing about the wines of Washington. I thought, “What the hell,” and it sorta snowballed from there.

Tell us why Decanter created the U.S. editor assignment and how you landed the job.

The American wine scene is very important to Decanter’s audience and the greater wine world, so it assembled a team of writers — myself as the U.S. editor and Johnathan Cristaldi as the Napa correspondent, as well as a group of freelance and contributing writers — to cover various regions and elements of the U.S. wine scene. About one-third of Decanter’s online readership is from the United States, which makes America’s more established and emerging wine regions important to explore, review and tell stories about.
Long story short, I got an email from one of my (now) colleagues saying Decanter was interested in meeting with me in May. We met over coffee in Manhattan in June. It was a pretty casual conversation, frankly, about my wine writing background and my role as culture editor for the cycling lifestyle magazine Peloton.

I had another meeting with the Editor in Chief Chris Maillard a few weeks later and a job offer was on the table. So maybe I’m a good writer. Definitely, I’m funny and charming. I genuinely have no idea how I landed the job. You’d have to ask them.

I’m a big fan of fresh wines, acid, balance and minerality. I think that’s why I love the wines of Oregon and, in particular, the Willamette Valley. I dig Pinot Noir, Chardonnay and Syrah, particularly cooler climate Syrah. I also love exploring wines from everywhere (Sicilian white wines are fantastic, for example). I’m excited about natural wines, wild fermentations and food-friendly wines because, at the end of the day, that’s how wine has evolved.

Is it possible to make a living as a wine writer today?

It depends on what kind of living you’re trying — or, maybe, need — to make. I don’t know any wine writers who are necessarily making rock star money, but that’s often true about people making the wines, too. There are some really well-paid people in wine; a lot of people are making a living but not making a killing.

I’m a huge hip-hop enthusiast. I think it’s the most American art form there is/ever was when it comes to music. This opinion has a lot of depth, so it would be hard to explain here in a few sentences.

What haven’t you done that you’d like to do?

I want people to be entertained and interested. If I could, I’d love to bring new people to wine. I was raised by a single mother who was working two or three jobs, all the time. Wine was not a part of my life until I was an adult.

I hope to be a force for good and try to use my role to do what I can at Decanter to make wine more accessible to people from traditionally marginalized communities. I hope I can amplify voices and leverage my position to lower barriers to wine for people who don’t see someone who looks like them making it or writing about it.

Can you describe your approach to wine writing and covering a region?

I try to find interesting stories. I’m not necessarily going to write a profile about a region, a person or a producer just because. Instead, [I’ll look for] a unique angle or interesting reason behind someone’s foray into wine.

I want to show people things that maybe aren’t as mainstream or well-known. I also want to honor the hard work and commitment people have put into the place where they’re making wines — and into their wines.

I have no interest in trashing someone’s effort just because it’s not for me. I’ve seen that done a time or two in wine writing, and I’m not sure why people do it. I’m not going to sugarcoat things, I’m not a word-mincer, as someone once said about me in a wine publication, but there’s no point in being mean.

What are your editorial plans for Decanter U.S.A.?

We plan to produce vintage reports for some of the country’s more established regions each year. In addition, we hope we’ll have a few producers and AVA profiles annually for some of those well-known regions and hopefully start doing something similar in regions further afield. I want to commit to America’s emerging wine regions, so whether that’s me writing those stories, some of the writers we’re working with or new people we haven’t worked with yet. You’ll see some in-depth and regularly occurring American wine coverage online and in print.

Describe your tasting process when you do wine reviews.

Honestly, I’m figuring it out as I go. I have done some tastings in the region, at wineries and others at home. Over the years I’ve tasted plenty of wines, particularly from the Northwest. I think tasting blind is the most objective way to evaluate wine, but that’s not always possible in this role, given what I need to do for my job. I’m also still learning as I go how I score wines.

Some great advice I got from my friend Sean Sullivan was that I must understand what a winemaker was trying to do with a wine and evaluate it on those merits, as opposed to how it satisfies my palate.

Do you work on an editorial schedule or develop story ideas as they come up?

There’s certainly some pre-planning and, for print in particular, it’s pretty far out. Yet if regions or producers have something coming up that deserves timely coverage, I have the ability to pivot to those sorts of things. We have a lot of flexibility with Decanter.com and premium web stuff.

What are your recommendations to wineries when interacting with journalists?

Have a story to tell. Back in the days of my blog, the NorthWest Wine Anthem, I visited a winery in Woodinville. We tasted the wines, and he showed me around. I asked him, “What do you want people to know about you or your wines?” He was caught off guard and admitted that he hadn’t thought about that. I was like, “Bro, you’re killing me.”

I think it’s essential that you have a thread to pull on. Please don’t have something rehearsed, but think about what’s exciting or different about you or your wines. Tell me that.

If [a publicist] is doing [their] job, my response to the last question never happens. I think they know what the stories are and can help pitch those to me as opposed to: “You like Pinot?”

I mean, I really like Pinot, but there’s a ton of it out there. What else do you have to say?

I don’t know if you’ve ever seen The Shop. It used to be on HBO, and it’s on YouTube now. It was started by LeBron James and some of his management team, Maverick Carter and Paul Rivera. It’s just casual conversation, in a barbershop, about society, current events, race, politics and more. The guests are athletes, celebrities and musicians; they’ll get their haircuts touched up and they always have wine, but it’s not the center of the conversation. LeBron is hugely into wine. So, I’d like to be on The Shop and just talk about wine with those guys. That’s more my speed.

I’m a competitive cyclist, though since I broke my pelvis back in April, I won’t be racing this season, just putting in the miles to build my fitness back. I try to ride as often as I can. I aim for 120 to 200 miles per week.

It was the one that got me into wine. I was at a winery in Washington, it was February and the fog from the Yakima River had thrown ice into all the trees. I remember a lot about that trip. We entered a winery in the Rattlesnake Hills in Zillah, Wash. There was no one there but my wife and me. This woman poured us different verticals to taste. The wines, in hindsight, were quite simple, but the fact that Merlot from the same place but from three different vintages could be so different captivated my imagination. I reckon it changed my life.

Can you speak to the timely — and overdue — conversations around representation, diversity and inclusion in wine?

I plan to speak to this as often as I’m able in my new role. Inclusion, equity and representation were a large part of my responsibility while I worked in higher education, and I plan to continue to make it a priority as a part of my role as the U.S. editor for Decanter.

I want to leverage my position (along with the privilege I hold) to push us, as a publication, in this direction. I also want to do a better job networking and working with writers and industry professionals of color in the wine sphere here in the states.

We have a way to go as an industry. If we want things to improve for consumers, those in the industry and the wine writing world, whose voices are not often heard, then  it’s not good enough to rely on writers, sommeliers, winemakers and growers who may hold marginalized identities. It has to be everyone’s priority. 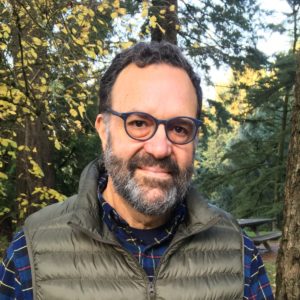 Carl Giavanti is a Winery Publicist with a DTC Marketing background, going on his 12th year of winery consulting. He has been involved in business marketing and public relations for more than 25 years, originally in technology, digital marketing and project management, and now as a winery media relations consultant. Clients are or have been in Napa Valley, Willamette Valley, Walla Walla and the Columbia Gorge. (www.CarlGiavantiConsulting.com/Media).

Turning the Tables on Reggie Solomon