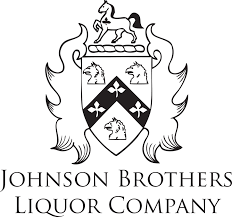 St. Paul, Minn. – November 22, 2022 – Johnson Brothers has announced the addition of Dwayne Kratt as the new Vice President of External Affairs. He will be responsible for government affairs and legislative policy and will work closely with the Johnson Family and the Executive Team, reporting to President & CEO Mark Hubler.

“Dwayne’s experience and existing relationships will be an asset as external affairs continues to be of increasing importance to the alcohol beverage industry,” said Hubler. “We are excited to have him join the team.”

Kratt’s career spans two decades of government affairs and corporate communications. He joins Johnson Brothers from Diageo, where he served as the state government affairs representative for a region that spanned from Maryland to Maine and included South Carolina.

Before joining Diageo in 2008, he worked for Miller Brewing, where his responsibilities included issues management, regulatory and government affairs, and industry communications. He also served as co-chair of the Miller Brewing Company Employee Fund.

Prior to Miller Brewing Company, Kratt worked in the New Jersey legislature, in campaign management, and in U.S. Congress.

“I am very excited about this opportunity to work at Johnson Brothers, continuing my craft as an alcohol beverage government affairs professional,” Kratt said. “I am even more excited about working at a growing family run company. I look forward to contributing to that growth through our efforts in the public policy arena.”

Kratt graduated from Albion College with degrees in political science and history. He lives in Lodi, Wisconsin with his wife, Stacy, and daughter, Azrael.

Johnson Brothers is a leading wine, beer, and spirits distributor in the United States. As a third-generation family company, Johnson Brothers continues to be driven by the values established by its founder Lynn Johnson in 1953: work ethic, passion, innovation, teamwork, excellence, and integrity. By partnering with the best suppliers worldwide, Johnson Brothers delivers outstanding brands and services to customers across 21 states. To learn more about Johnson Brothers and its supplier partners, visit Johnsonbrothers.com, or connect on LinkedIn, Instagram, and Facebook.