August 16th – PENN YAN, NY – Fox Run Vineyards, one of the most prominent wineries in the Finger Lakes, has  announced the appointment of Craig Hosbach as its new head winemaker effective September 1. Hosbach, 44, succeeds long-time winemaker Peter Bell, who is retiring after 27 years with the company. 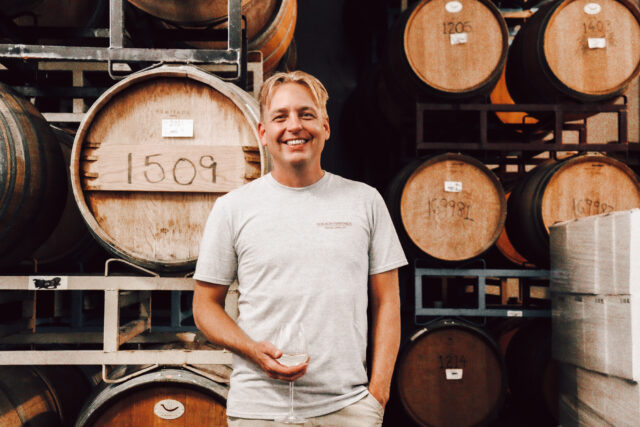 Hosbach, a native of New Jersey, was most recently the winemaker at Hunt Country Vineyards in Branchport, where he received many scores of 90 and above from major wine magazines. He will join assistant winemaker Ashley McCaffery and their staff as the 2022 vintage commences. Bell will stay on  in an advisory role.

“Peter has been a mentor to me – and many other winemakers – for more than a decade, and I’m honored to be succeeding him.” says Hosbach. “I am fortunate to be joining an established team, and  I’m eager to experience my first vintage at Fox Run Vineyards.”

Fox Run Vineyards has been named one of the world’s “Top 100 Wineries” by Wine and Spirits Magazine, among its many accolades. Bell is noted for his efforts to promote the regional identity of the Finger Lakes and to enhance dialogue among the winemaker community.

“Craig’s got some serious winemaking chops”, says Bell. “He’s got his own ideas on how to go forward, while also respecting the Fox Run style. I can’t convey how happy I am to see him heading the  winemaking efforts here.”

Scott Osborn, President, and co-owner of Fox Run Vineyards, adds, “Ruth and I have always been fans of Craig’s wines, and his thoughtful, knowledgeable approach to his craft make him a perfect choice. It will be exciting working with Craig as we begin a new chapter here at Fox Run.”