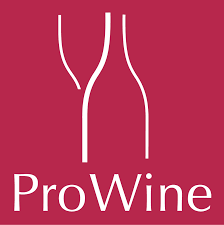 August 3rd – As the leading trade fair for wines and spirits in mainland China, ProWine Shanghai will be held for the 10th time at the Shanghai New International  Expo Center from November 8 – 10, 2022.

Despite the many challenges this year, the prospects are good for providing the industry with a comprehensive, professional wine and spirits fair with an international focus.

Good response from exhibitors from China and overseas

Due to the excellent results of ProWine Shanghai 2021 – despite the Covid-19 pandemic – and the positive development of the Chinese wine market, many exhibitors from China and overseas have already reserved their exhibit space for ProWine Shanghai 2022. Business France and ViniPortugal also greatly value the Chinese market and have confirmed their participation at the 2022 event. The “Japan Sake” and “Shochu Makers” associations as well as other overseas joint booths will also be present at ProWine Shanghai 2022. The booth area of the Japanese pavilion alone is three times larger than last year. In addition, a large number of well-known individual  exhibitors from overseas have registered, such as “Grands Chais de France” (GCF), Henkell Freixenet (Germany) and “Decanter”. An important new exhibitor is the Baoyun Group with over 60 wineries – including over 40 renowned boutique winemakers from Burgundy.

Chinese wine industry with a lot of potential

In recent years, the interest and demand for Chinese wine regions has increased significantly. The “Yinchuan Wine Industry Development Service Center” and the “Yinchuan Wine Association” have already been represented at ProWine Shanghai for three years and this year will be showing numerous new products from the Ningxia region at the eastern foot of Mount Helan in Yinchuan. The coastal region of Penglai will also be represented at ProWine Shanghai again this year to introduce more visitors to the location and qualities of Penglai coastal wines.

ProWine Shanghai has invested heavily in visitor acquisition from the very beginning. The response from wine professionals from all over China has been correspondingly high. In the process, ProWine Shanghai works closely with various regional wine associations and companies for city advertising campaigns and is continuously expanding its activities. There are also other collaborations with key companies, such as the campaign launched in February with COFCO GREAT WALL, which is now running in 12 major Chinese cities. There is also a collaboration with Wines of Argentina for “Malbec World Day” – a theme-specific campaign in over 20 cities since April. Further campaigns are also planned with the Up-Chinese Wine (UCW) association, the Yinchuan Wine Association, Wines of Chile, the German Wine Institute (DWI), the California Wine Institute and other local and foreign partners. By the end of June, promotional activities have already taken place in over 30 cities. The ProWein Shanghai team and its cooperation partners are expected to visit 25 more cities in China in the coming weeks to promote the show in November.

To tap into new markets in 2022, ProWine Shanghai will host the “ProWine Beijing Weekend” from August 26 – 27, 2022 at the China World Hotel in Beijing. It will feature about 100 boutique booths, more than 10 forums/masterclasses/events and over 1,000 trade visitors are expected to attend the event. The launch of “ProWine Beijing Weekend” also reflects that ProWine Shanghai is increasingly focusing on the major wine demand markets in the North, Northeast and Northwest of China.

Wine education promotion is one of the highlights of ProWine Shanghai and will be part of the 2022 staging again. In addition, ProWine Shanghai will also organize a wine education focused promotion tour in many cities across the country. The organizer is committed to making a greater difference in the Chinese wine market and to providing more impressive and interesting wine courses.