Winemakers in Seneca Lake, NY say grapes that reflect their region’s agricultural heritage are easier to grow, sell like hotcakes, and are well-suited to a changing climate 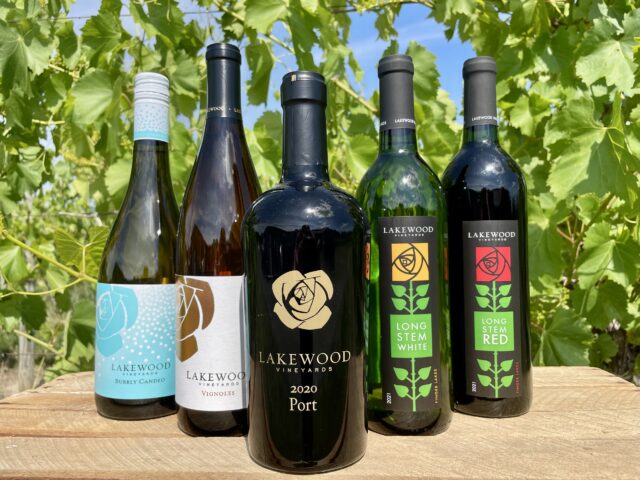 Like their counterparts in Italy, Spain, Greece and many other wine-producing areas, winegrowers and vintners on Seneca Lake have begun to shrug off the commercial appeal of the so-called ‘noble’ grape varieties and turn their talents to making wines that embrace their region’s unique cultural heritage.

“For people who are intellectually stimulated by wine, talking about it, thinking about it… we think this heritage grape movement is something they should get very excited about,” says Peter Becraft, Head Winemaker at Anthony Road Wine Company.

One of just two AVAs in the Finger Lakes region of New York, Seneca Lake is known for its incredibly deep glacier-formed lake (600 feet in spots) and the world-class rieslings that grow on its steep hillsides. While its rieslings and other Alsatian-style wines are rightfully lauded, some of the most interesting and exciting wines coming out of the area comprise a family of grapes known collectively as ‘heritage’ or ‘heirloom’ varieties.

In Seneca Lake, heritage varieties generally fall into one of three categories:

Then there is the hybrid grape dubbed ‘Vignoles’ in 1970 by the Finger Lakes Winegrowers Association; its genetic parentage is a bit murky, but its historic ties to the region and promise as a winegrape are clear. Several of the region’s best-regarded dry and sweet wines feature Vignoles.

Scott Osborn, owner of Fox Run Vineyards, has weathered decades of lackluster industry response to wines made from the region’s heritage grapes, but feels the time has come for these wines to shine.

“The people who come into our tasting rooms love these wines,” Osborne says. “No one under age 35 cares what the grape is or if it’s [vitis] vinifera or one of the six grapes the French started marketing as ‘noble’ hundreds of years ago. People just want to drink good wine.”

With the digital generation’s easy access to information and reduced reliance on published experts for advice, some see an opportunity to overcome old tropes about non-vinifera grapes. Climate change and the movement toward more sustainable agriculture are also factors that enhance the appeal of heritage grapes for Seneca Lake’s winegrowers.

“Generally speaking, these grapes are easier to farm and require fewer inputs,” says Gene Pierce, owner of Glenora Wine Cellars, who has been growing and making wine on Seneca Lake since the 1970s. Since heritage grapes are well-adapted to the region’s climate, that makes them less susceptible to rot, freezing, local pests and other ills that can plague vineyards and often require chemical treatments.

According to Becraft, it’s not just consumers and farmers driving interest in heritage winegrapes; a new generation of winemakers is also starting to work with these varieties, gaining knowledge and momentum toward the goal of producing heritage wines to please even the most discerning palate.

“People just getting into the industry don’t have a huge amount of capital and the barriers to entry are lower with heritage grapes because they’re less costly to grow,” he says. “This means a whole lot of talented people are working with these grapes, starting early in their careers. I think we’re going to see many more heritage wines from this region breaking the commercial barrier over the next few years.”

Erin McMurrough, brand manager at Lakewood Vineyards, agrees. “There’s excitement not just in New York, but all across the country for growing hybrids. There are a bunch of Cornell graduates now living in Oregon who are excited about these grapes.” When asked about the biggest challenge to translating this enthusiasm to broader commercial viability, she is very clear:. “Education. Awareness of the grapes. Lack of recognition of the varieties. That’s what keeps holding this back.”

However, she is positive about the outlook for heritage wines from Seneca Lake and elsewhere.  “We are seeing New York sommeliers turning these into ‘hip varieties’ and huge support from consumers. It’s really a grassroots movement.”