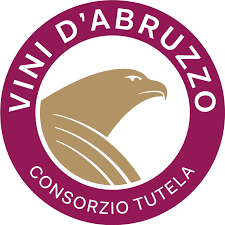 April 28th – The new ‘Abruzzo Model’ was unanimously approved by the Italian National Wine Committee and Agricultural Ministry. The Abruzzo regional authorities and the Abruzzo wines consortium have expressed great satisfaction with this result, which was born “to strengthen a common regional identity while distinguishing  each individual area of production.”

Pescara, Italy, April 28, 2022 – The MiPAAF (Italian Ministry of Agricultural, Food and Forestry Policies) and the National Wine Committee officially accepted a proposal made in 2019 by the producers of the Consorzio Tutela Vini d’Abruzzo to introduce the ‘Superiore’ classification for the regional “d’Abruzzo” DOCs  and to reduce eight IGTs to to a single IGT Appellation, Terre d’Abruzzo. An epochal turning point for Abruzzo winemaking, the new model is intended to strengthen the common identity of the region’s winemaking heritage, while distinguishing individual territories and making the quality scheme more recognizable. The changes will be reflected on wine labels within the next two years.

“It is a great result, after many years of work, which redefines the production regulations thanks to the so-called  ‘Abruzzo Model,’ explained Valentino Di Campli, President of the Abruzzo wine consortium. “This is a decisive step toward even higher quality winemaking undertaken by the producers. This approach aims to lift the regional image of the Abruzzo winemaking by showcasing the different territories of production and the extraordinary diversity. Abruzzo is a region that is increasingly cohesive and able to work as a team.”

The guiding principles of this new ‘Abruzzo Model’ are:

The distinctive ‘Superiore’  classification for the ‘d’Abruzzo’ DOCs indicates that the wines were made under more stringent production rules. These wines are intended for longer aging and will represent distinctive reserve wines coming from the various provincial territories. Under the new model, it will be possible to find in the market a Montepulciano d’Abruzzo Superiore Riserva, with the addition of the provincial mention, such as Colline Teramane, Colline Pescaresi, Terre de L’Aquila or Terre di Chieti.  The recognition of ‘Superiore’  is the first step toward even more defined subzones such as villages, Additional Geographical Units, and ‘single vineyard’ mentions.

“The recognition of a higher quality with the Superiore classification and the common identity of all the DOCs that will fall under the ‘d’Abruzzo’ designation will make it easier to promote and communicate about Abruzzo winemaking and its different areas of production,  especially abroad, underlines Di Campli. On one hand, the wines will be more recognizable in international markets and further establish the link of a wine with its territory of origin. On the other hand, the introduction of a single IGT Terre d’Abruzzo, which replaces the current eight IGTs, creates a strong regional image by removing fragmentation.” “This is a fundamental opportunity for the entire regional wine system that will finally allow Abruzzo wines to demonstrate the unexpressed potential of our territory, lending greater credibility to the region,” concludes Di Campli.

The Consorzio Tutela Vini d’Abruzzo (Consortium for the Protection of Wines of Abruzzo) is a non-profit association, made up of all the entities forming part of the control DOC system, which aims to protect, enhance and take care of the interests relating to the controlled designations of origin of the regional territory, activities that the Consortium carries out, day after day, with the utmost determination. That same determination which its members – grape growers, winemakers and bottlers, always closely focused on quality – put into their work: from the care of the vineyard to the scrupulousness in the transformation of the grapes, diligence in aging to attention to customer requirements.

There is no region in Europe like Abruzzo where more than 30% of the territory is protected by four parks (three national and one regional) and a dozen nature reserves and protected areas. It is therefore no coincidence that the Consortium, which has been protecting one of the most authentic resources of the territory for years, has chosen the eagle as its symbol: an animal with a strong protective instinct, as tenacious as the people of Abruzzo.

The Return of “Words of Wine – Parole Di Vino”, Dedicated to Those Who Have Best Promoted Abruzzo