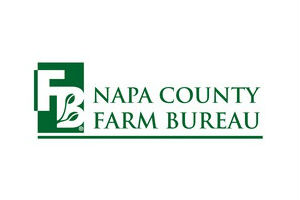 September 23rd – Napa, CA–The California Farm Bureau today announced that the Napa County Farm Bureau is the recipient of 5 Awards for Excellence and has also been named one of three statewide finalists for County of the Year for a third consecutive year.

“Under Ryan Klobas’ leadership, membership in Napa County has doubled, financial contributions have dramatically increased, the program of community work has dramatically expanded and he has built an extremely sophisticated political operation at the Farm Bureau to professionally represent Napa Ag. Ryan has transformed what the Napa County Farm Bureau is and turned it into one of the most formidable trade associations in Napa County and the state. It is now considered an influential authority for Napa Ag at the local, state and national level,” said Jamie Johansson, President of the California Farm Bureau.

“We’re extremely honored to be named a statewide finalist for County of the Year for the third consecutive year and to also receive 5 separate state awards for achieving excellence. It is an absolute honor to represent so many Ag businesses and families and to know that we are successful on their behalf. I am so proud of this organization and the work that we do,” said Ryan Klobas, Chief Executive Officer of the Napa County Farm Bureau.