Palermo, 30 July 2021 – What makes Sicilian wines truly great among high-quality wines are the richness and diversity of its cultural heritage, biodiversity of its unique regions, and a focus on sustainable production methods. 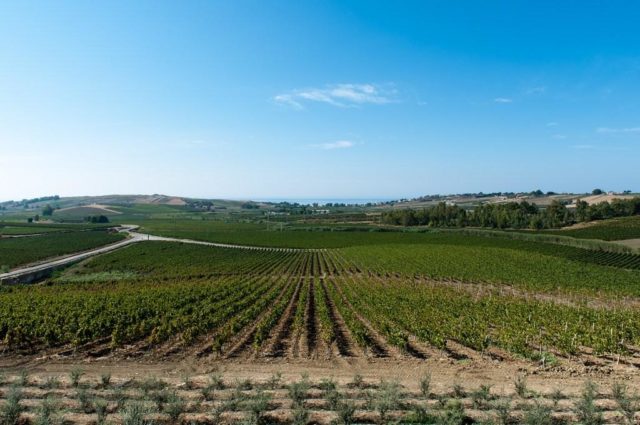 While Sicilian winemakers are getting ready for the 2021 harvest, the 2020 vintage confirms a production volume of 4.46 million hectoliters, on average with the last 5 years, and down 11.3% compared to the average of the last 10 years.

Grillo and Catarratto, are the grape varieties that in 2020 recorded the best productive and qualitative performances, with an average production of 110 quintals per hectare, followed by Nero d’Avola and Nerello Mascalese (70 gli / ha), Chardonnay and Merlot (50 gli /ha).

According to the Uva Sapiens Report, produced by the wine consulting company Uva Sapiens and based on the data of the Assovini Sicilia winemaking associates, Sicilian viticulture has a production average among the lowest in Italy, second only to Tuscany and Piedmont, which are around 65 quintals per hectare.

One of the reasons for the quantitative decline in the last ten years is a viticultural management increasingly aimed at maximizing quality, along with a reconversion of some vineyards to other uses.

From eastern to western Sicily, and through the center-south of the island, the ideal trend of the climatic season – a mild spring season and early summer with average rainfall – nourished a balanced vegetative-productive process and proved to be perfect conditions through the 2020 harvest, thus allowing winemakers to make the most of phenolic maturation.

“The 2020 harvest was qualitatively very important, as can be seen from the elegance, freshness and structure of the wines produced by our members in all areas of the island” – comments the President of Assovini Sicilia, Laurent Bernard de la Gatinais.

The 2020 vintage is further confirmation of the change in style of the Sicilian whites, Grillo, Catarratto and Carricante, which in recent years have turned out to be fresher, with a lower pH.

According to Uva Sapiens, “this stylistic change of white wines, desired by Sicilian producers, characterized by a modern style and a Sicilian imprint, has allowed the white-berried wines of the island to be increasingly appreciated in the market, enabling more versatile combinations from aperitifs to fish”.

An Island with a Natural Sustainable Vocation

One of the key words that guides the spirit and strategies of Sicilian producers is sustainability.

Sicily holds 28.8% of the total organic production area of ​​Italian viticulture, followed by Puglia which stands at 16%.  Sicilian organic viticultural area represents 30.9% of all Sicilian viticulture.

What makes Sicily a sustainable island by nature is the Mediterranean climate, which has not been particularly affected by the climate change.

“SOStain Sicilia Foundation was founded to preserve the enormous heritage of biodiversity, to enhance the landscapes that make it a unique region, to integrate companies into the cultural richness of the different territories, to create a model based on continuous improvement”, comments Alberto Tasca, President of SOStain Sicilia.

“To date, there are 20 wineries that are a part of SOStain, with over 50 more in a preliminary analysis phase.

Our dream is to achieve an entire sustainable Sicilian system recognized in Italy and abroad; this would make the difference that would take Sicily and Sicilian winegrowers and winemakers to the next level” concludes Tasca.

The 2021 vintage, which should begin the first week of August in western Sicily, continuing in the following weeks to central-southern and then eastern Sicily, seems to be in line with the feeling of rebirth and a return to excellence on the island.

“A really great year for white grapes is expected, and if the weather doesn’t play bad jokes it will be a great year for reds” – are the predictions of Uva Sapiens.

“Up to now it has been the ideal vintage, we have had a long, cold and quite rainy winter, which has allowed the vines a great rest.

The mild temperatures and moderate spring rains cooled the soils and provided good water accumulation for the plants without causing phytoiatric problems.

The summer so far has been hot, but with north winds that keep temperatures below the average of the last 30 years, confirming that the Mediterranean climate remains in natural balance “.

Today the Sicilian winegrowers and winemakers are preparing for this harvest in anticipation of a truly great vintage.