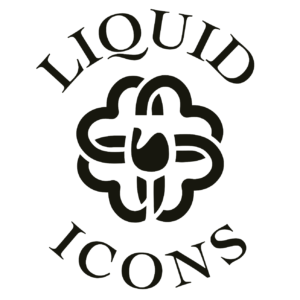 1 JULY 2021 | LONDON, UNITED KINGDOM – Rolls-Royce, Gucci, Virgin Galactic, VistaJet, Julius Baer and The Macallan are some of the world-class  sponsors who have chosen to support not-for-profit The Golden Vines™ Awards Ceremony and Dinner to  be held at Annabel’s Private Members Club on Thursday 7th October 2021.

The Golden Vines Awards celebrates the finest wine producers globally as voted by leading members of the  fine wine industry in The Gerard Basset Global Fine Wine Report. 442 leading industry figures voted in  this year’s report, including 57 Masters of Wine and 31 Master Sommeliers, as well as 80 members of the  wine press. The results are independently adjudicated by Deloitte, and will be announced at The Golden  Vines Awards Ceremony on 7th October.

The sponsors of The Golden Vines™ Awards are:

“As Rolls-Royce Motor Cars we recognise the very best in Luxury and have continued to work with events  and brands that help us discover a world that delights and enriches our customers’ lives. The Golden Vines  recognises and awards the very best fine wines and Champagnes from across the world and we are  delighted to work alongside this institution to celebrate the world’s fine wine producers in such a spectacular  setting.” Boris Weletzky, Regional Director, Rolls-Royce Motor Cars Limited.

“We are extremely proud to sponsor this year’s Golden Vines Honorary Award which honours a true visionary  and legendary figure in the wine world. It is also a privilege to be able to support the next generation of  leaders in this magnificent industry at a time when the wine world is experiencing unprecedented challenges  and a real need for greater inclusivity and diversity.“ Justin Knock MW, Director of Wine, Oeno.

The Golden Vines event sponsors are:

“Four Corners Wine is proud to be a founding partner in this ambitious initiative. California has historically  embraced many different nationalities and the diversity of its wine scene is testament to that. Research  shows that diverse businesses perform better so it’s no surprise that California is producing the world’s most  innovative and pioneering wines thanks to its melting pot of cultures. The financial support provided by the  Golden Vines initiative will be a game changer for the global wine trade and we are excited to see the  impact of a diverse talent pipeline.” Stuart Young, CEO of Four Corners.

Additional sponsors to the Event include:

“Wine is an admirable form of art whose history keeps developing together with the evolution of human  society. Looking forward to the talents of tomorrow, we are proud to support the Gerard Basset foundation in  fostering global diversity, equity and inclusion in the industry, to bring more voices, more ideas, and discover  new facets of winemaking. We can’t wait to continue lifting the VistaJet Wine Program with new, vibrant and  exciting notes. Because wine is an experience best shared.” Matteo Atti, Group EVP of Marketing at VistaJet.

“We are incredibly proud to partner with the Golden Vines Awards and support the fantastic work of the  Gerard Basset foundation. We share many of the values promoted through these Awards, in particular their  dedication to enhancing diversity and inclusion in their industry. At Virgin Atlantic, our ambition is to be the  most loved travel company and, to achieve this, we are committed to creating an inclusive workplace where  everyone can bring their true selves to work and thrive..We look forward to welcoming the Diversity  Scholarship, Internship & mentorship programme winners onboard in celebration of their achievements.”  Shai Weiss, CEO, Virgin Atlantic.

The wines and spirit to be served at The Golden Vines Awards Ceremony & Dinner have been donated by  the following estates and distilleries:

The wines and spirits to be served at The Golden Vines After-Party have been donated by the following  champagne house and spirit companies:

The Golden Vines Awards Ceremony & Dinner will feature entertainment from a world-class enduring  performing artist, the world’s most famous gospel choir and a number of special guest DJs. Shantell Martin,  who is producing the artwork for The Golden Vines Trophy, shall perform a live artwork which will be  auctioned for the Gerard Basset Charitable Foundation at the Christie’s Live Event Auction, along with  auction lots donated from The Golden Vines Sponsors and friends of the Event. Additionally, The Golden  Vines Fine Wine, Rare Spirit & Experience Auction will be available as an online global auction using an  eBrochure with embedded WPA technology to allow for bidding globally, open from Thursday 23rd  September and closing on the night of The Golden Vines Awards Ceremony & Dinner on Thursday 7th  October. Each auction lot will feature large formats or rarities, as well as a ‘money-can’t-buy’ experience from  a large number of the world’s top fine wine estates and spirit distilleries.