Organization’s success attributed to support and funding by visionary winegrowers 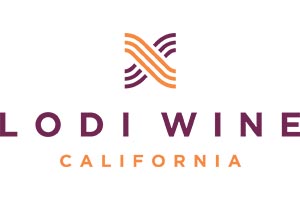 LODI, Calif., June 1, 2021 – The California Department of Food & Agriculture (CDFA) announced last week that the Lodi Winegrape Commission referendum passed with 85% of the region’s growers voting in favor of continuation. This news comes at the 30th anniversary of the organization.

Established in 1991 as the grower-centric force behind the Lodi American Viticultural Area (AVA), the California-based organization represents 750 winegrowers farming more than 100,000 acres of winegrapes. Over the years, the Commission has provided abundant support for the region through marketing, education, research, and sustainable winegrowing programs, cementing Lodi’s leadership in viticulture and elevating its reputation as a premium winegrowing region. To sustain its objectives, the Commission collects an annual assessment of gross value of the winegrape crop. Every five years, local growers vote on the continuation of the organization and its programs.

The past 30 years have seen the Commission excel at its objectives including the enhancement of awareness and recognition of the region among core buyers and consumers as well as trade and media. Proof of the organization’s decades-long work is reflected in the region itself. Since 1991, Lodi’s acreage under vine has more than doubled, progressing from 39,000 acres to over 100,000 acres. Crop values have followed suit, increasing from $80 million to more than $500 million, and the number of wineries has expanded exponentially from six to 85. Wine-related tourism continues to generate billions of dollars in annual economic impact for the community. Most importantly, the recognized Lodi Appellation has become an indicator of quality on labeled wines which have grown from a modest handful in the early 1990s to thousands today.

Reflecting on the Commission’s success, current chair of the Lodi Winegrape Commission, Kendra Altnow says, “Much, including our farming practices, has changed since 1991 but one fact remains unwavering: we continue to work together as a community of growers; our collaboration benefitting our appellation as well as ourselves as individuals.” Altnow’s father, Brad Lange of LangeTwins Family Winery & Vineyards, served as the Commission’s first chair 30 years ago.

Among the most impactful achievements of the Lodi Winegrape Commission over the past 30 years in terms of driving recognition and awareness are its programs in regional marketing. In 2012, the highly visible and successful consumer-facing branding and national marketing campaign, LoCA – The Wines of Lodi, California, favorably positioned the region as one filled with authentic, approachable winegrowers who are fanatical about producing high quality grapes and wines. Efforts of the campaign paid off in 2015 when Lodi was honored as Wine Enthusiast Magazine’s Wine Region of the Year.

As the area has evolved, so has its marketing. In January 2020, the Commission revealed elevated Lodi Wine brand identities for the region as well as its growers and its organization. The accompanying marketing campaign – There’s Something Happening Here – calls its audience to discover Lodi’s growers and producers along with its distinct soils, micro-climates, and diversity of winegrape varieties through stories, illustrations, and traditional imagery.

In October 2020, the Commission launched Save the Old Vines – a marketing campaign aimed specifically at the preservation of heritage vineyards. The campaign experienced tremendous success, generating 2.7 million ad views and nearly 10,000 website visits plus $20,000 in revenue from sales of old vine wines and merchandise.  In addition to national coverage from Wine Enthusiast, the campaign earned international attention from British wine critic and writer Jancis Robinson as well as educators and viticulturalists tied to the cause. In March, the Commission was one of a handful of leaders asked to speak at the world’s first Old Vine Conference – a movement dedicated to ensuring heritage vineyards a valued and enduring place within the commercial realities of the global wine industry.

“Lodi has always had what it takes to be a phenomenal winegrowing region,” says Stuart Spencer, Executive Director of the Lodi Winegrape Commission. “We have the right soils and micro-climates; most importantly, we have the right people. I’ve been a part of this industry since I was a child and I’ve seen a lot. One thing I have not seen anywhere else is a community of growers and producers who are willing to put a region before individual businesses. Selfless collaboration is where Lodi’s greatest success lies.” Spencer has served the Commission since 1999.

Another significant achievement of the Commission is the creation of the LODI RULES for Sustainable Winegrowing program in 2005. Launched in 1992 as a grassroots education program, LODI RULES is widely regarded as the most comprehensive and rigorous sustainable vineyard certification in the world and continues to serve as the inspiration and basis for numerous other programs. What began as a handful of certified vineyards in 2005 has, today, increased to nearly 1,300 certified vineyards and 55,380 certified acres across 16 California Crush Districts, Washington, and Israel. Revenue from growers utilizing the certification program outside of Lodi brought in nearly $55,000 to the Commission in 2020.

Over the years, LODI RULES has received considerable recognition including receipt of the Governor’s Environmental and Economic Leadership Award (GEELA) in 2006 and again in 2014. Regularly reviewed by academics, scientists, and viticulturists, the progressive program continues to remain at the forefront of sustainability innovation. Recently, the program underwent a thorough revision and in 2022, twenty new standards will be added to the current list of more than 100. Also in 2020, LODI RULES was translated into Spanish, extending the educational impact and value of the program.

In addition to its programs in marketing and sustainable viticulture, the Commission’s leadership in research and education continues to spur innovation in technology, viticultural practices, and modern thinking among its growers and industry at large. In August 2020, the Commission released “Mealybug Biocontrol in California Vineyards”– an eight-minute video detailing a one-year project with Dr. Kent Daane and a team of Lodi growers to demonstrate insect release and pheromone mating disruption for mealybug biocontrol in California vineyards. The project was part of a $50,000 Professional + Producer Western SARE grant, awarded in 2019. In December 2020, this grant project was leveraged into a larger project – a $1 million BIFS (Biologically Integrated Farming Systems) grant awarded to Dr. Kent Daane – to study mealybug biocontrol in Lodi and on the Central Coast.

Earlier in 2020, collaboration and funding by the Commission, American Vineyard Foundation, and CDFA PD/GWSS Board resulted in the publication of a 138-page book titled “What Every Winegrower Should Know: Viruses.” Developed between members of the Lodi Grapevine Virus Research Focus Group led by Dr. Stephanie Bolton of the Lodi Winegrape Commission and experts, the comprehensive guide addresses grapevine virus basics, mealybugs, virus testing and spread, sudden vine collapse, and others. More than 700 copies have been distributed across California, to several US states, and internationally.

The Commission will soon further expand its leadership and impact in grapevine research by adding a dedicated viticulture research specialist to its small staff. This position will allow the Commission to conduct on-farm vineyard trials benefitting its growers and broader industry.

Asks Altnow, “So, what does the next 30 years for the Lodi Winegrape Commission look like? Like the last three decades, only time will tell but I believe we are on the right path. With a strategic plan to guide us, we are committed to taking innovative approaches to marketing and expanding practical research, education, and outreach – all with the goal of helping ourselves to succeed.”

Other notable achievements of the Commission over the past 30 years include:

About the Lodi Winegrape Commission

Established in 1991, the Lodi Winegrape Commission represents the common interests of Lodi winegrowers with programs in marketing, education, research, and sustainable viticulture.  The Commission collectively and effectively promotes Lodi’s vibrant, multi-generational farming community and California’s most dynamic wine region. Comprised of nine commissioners and nine alternates, the board of directors provides direction and input on behalf of the region’s 750 winegrowers. For more information about the Lodi Winegrape Commission, visit lodigrowers.com.

A historic winegrowing region since the 1850s, Lodi is perfectly situated 40 miles south of Sacramento and 90 miles east of San Francisco. Lodi’s Mediterranean climate and distinct soils allow its growers to cultivate 125 winegrape varieties, making Lodi the most diverse winegrowing region in the United States. The region also serves as home to 85 boutique wineries specializing in small-lot, handmade wines that have garnered major awards at domestic and international wine competitions.

Lodi is naturally a leader in sustainable viticulture. Created by California farmers and accredited by world-renowned scientists, LODI RULES is America’s original sustainable winegrowing program. Held to a high standard of scientific rigor and excellence, the program emphasizes environmentally and socially responsible practices, while keeping economic feasibility in mind for long-term business success. Today, there are more than 55,000 acres certified throughout California, in Washington, and Israel. For more information about the Lodi AVA or LODI RULES, visit lodiwine.com and lodirules.org.