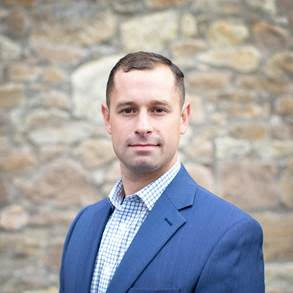 Napa Valley, CA (June 1, 2021) – Burgess Cellars announces the acquisition of a new winery  after the original Howell Mountain estate was lost  in the Glass Fires last year. St. Andrews Winery, formerly owned by Clos du Val and rebranded as Luna Vineyards, will be the new winery space for Burgess Cellars. Built in a Provencal farmhouse style, the new winery will be managed by newly appointed Estate Director George Lobjanidze, offering an educational and immersive world class experience around Meghan Zobeck’s promiscuous farming philosophies. After a long-awaited rebuilding and acquisition process, the new space is anticipated to officially open to the public in July.

St. Andrews Winery was initially founded in 1980 and became recognized for its elegant, old world structured cabernet. Lobjanidze and Winemaker Meghan Zobeck are transforming the property to become a haven for promiscuous farming, a polycultural technique that dates back to Roman times. Combining regenerative farming with cultivation of produce and livestock, Lobjanidze and Zobeck aim to start conversations around the natural ecosystem of farming and the importance of land vitality. Starting with the move to promiscuous farming, the Burgess Cellars team will immediately implement bio dyamic farmng practices.

Along with the exciting announcement of the new winery space, Burgess Cellars is thrilled to welcome Estate Director George Lobjanidze, who is already making his mark on the estate by championing hospitality and the holistic vision for agriculture. Since Burgess Cellars’ acquisition by the Lawrence Family and Master Sommelier Carlton McCoy, Jr. in summer 2020, this is the first new hire for the Howell Mountain estate following the appointment of winemaker Meghan Zobeck.

“We’re incredibly excited to welcome a leader  who  is so knowledgable about  the great wines of the world and lives and breaths true hospitality,” says Carlton McCoy, Jr., Managing Partner of Lawrence Wine Estates. “Under George’s leadership and with Meghan’s passion for winemaking and responsible farming, this will be a new era for Burgess Cellars, marked by a return to the providence of the land to make expressive, lively wines.”

In his new role at Burgess Cellars, Lobjanidze is responsible for developing the private tasting program, providing consistent team leadership, and ensuring direct-to-guest engagement for the tasting room, e-commerce and events, while maintaining the highest quality of service.

“I’ve had a continuous love for Napa wines even before I became a sommelier, and I’ve learned to appreciate the nuance and history behind every bottle, specifically classic Napa from the 1960s and 1970s. Burgess is such a distinctive estate, and it deserves to be preserved for future generations to experience. I cannot wait to taste the expression of this place through the lens of winemaker Meghan Zobeck’s farming and winemaking,” Lobjanidze says.

Born in the Republic of Georgia, Lobjanidze comes from a long family history of winemaking. After immigrating to the United States, he and his family settled in Atlanta, Georgia, where he attended Georgia State University. While attending GSU, he worked as a sommelier and bartender at Restaurant Eugene, igniting his passion for hospitality and fine wines.

After completing his Bachelor’s degree, he accepted an offer to become an assistant sommelier at Bacchus Management Group’s Spruce in San Francisco – where he honed his skills and learned how to manage a Michelin Star restaurant and Wine Spectator Grand Award program. Following Spruce, he went on to be a Sommelier at The Village Pub, before opening Selby’s in Atherton. During his tenure with Bacchus Management, George became a partner at Vine & Rare, an old and rare wine concierge firm, where he developed a palate for assessing the classic wines of the world.

As the new custodians of the revered 27-acre vineyard, The Lawrences and McCoy will continue the tradition of producing quality wines from organically farmed fruit alongside celebrated winemaker Meghan Zobeck. Most notably, Zobeck previously worked in the vineyards and cellar of Screaming Eagle.  Additionally, Zobeck was the Associate Winemaker  for Philippe Melka.  She has also worked under the tutelage of Michel Roland, and Fabrizio Iuli across four regions including  Bordeaux, Chile, South Australia and Piedmont.

Aspect Consumer Partners acted as exclusive financial advisor to the Seller in the transaction.

Founded by Tom Burgess in 1972, the winery has been continuously owned and operated by the Burgess family until the acquisition by the Lawrence Family this year. Since its inception, Cabernet Sauvignon has been the flagship variety, though the brand has since expanded its portfolio to include Cabernet Franc, Syrah and Chardonnay wines. For more information, visit www.burgesscellars.com or Instagram.