May 10th – Fort Collins, CO – After a year of construction and renovation, Odell Brewing Co. is excited to announce the grand opening of The OBC Wine Project’s Taproom, located adjacent to the Fort Collins brewery. The OBC Wine Project launched in June of 2020 with a line of four canned wines distributed across Colorado. Since the package launch, The OBC Wine Project has been busy making various small batch wines and working on the construction of the winery’s taproom. The space is finally ready to host guests as of Monday, May 10th.

As the taproom was under construction, Winemaker Travis Green has been busy blending, racking, canning and bottling eight small batch wines that will be available on tap at the grand opening.

“We’ve been extremely busy with the production side,” explains Travis Green. “We’re so excited to be able to offer our guests such a wide range of flavor profiles and innovations with these wines.”

The Winery taproom will have eight taps and a number of limited bottle releases, which will only be available at the winery. Half of these taps will be dedicated to small batch and experimental wines made from grapes sourced across Oregon, Washington, and Colorado. 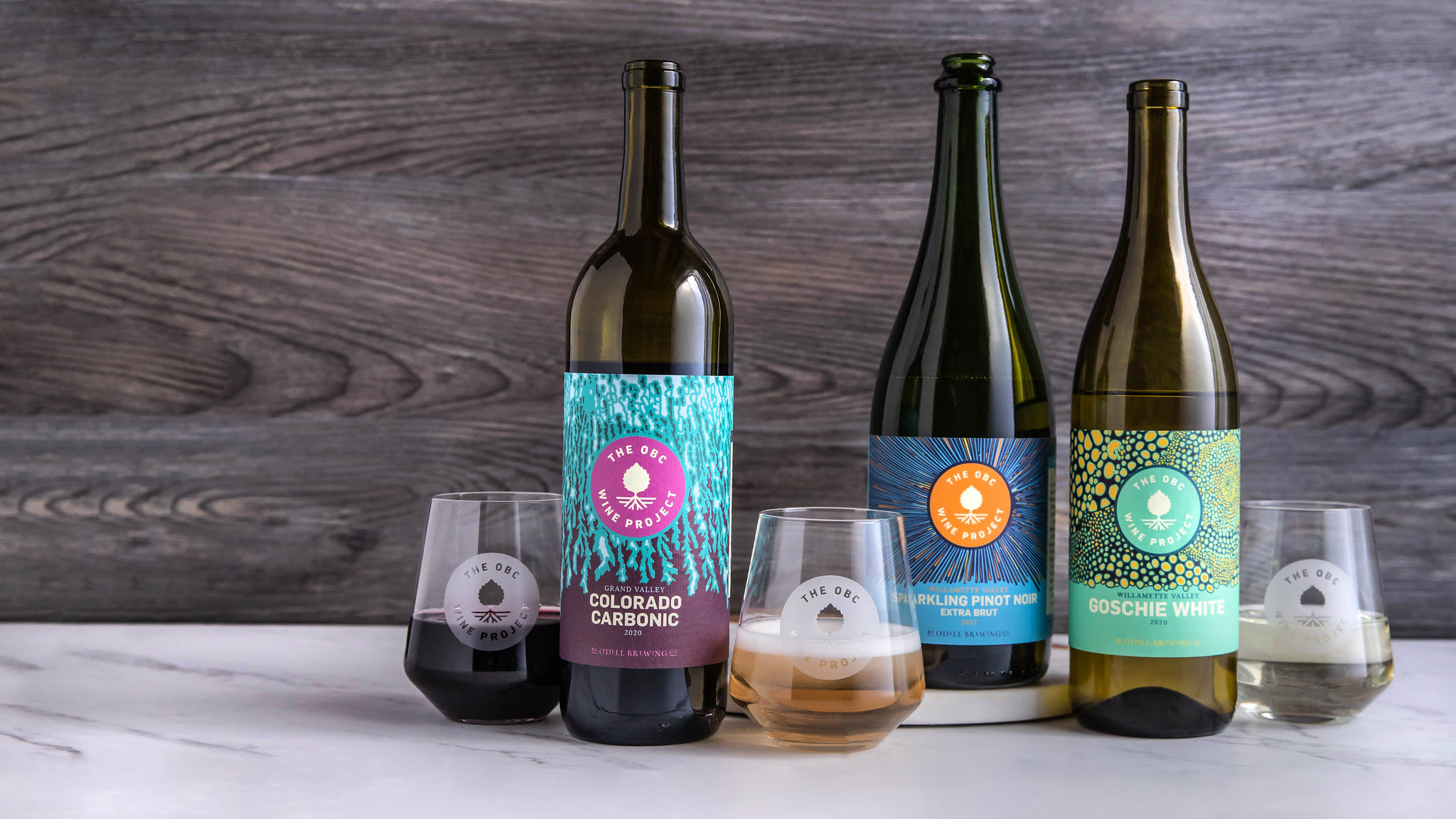 Among the Colorado wines to be featured are a skin-contact Aromella aged in Friek beer barrels, a red blend fermented with carbonic maceration, as well as a Cabernet Franc and an off dry blend of Riesling, Vignoles and Aromella, all sourced from Sauvage Spectrum winery in Palisade, CO.

“The spirit of this winery is rooted in experimentation. That’s where the project of the OBC Wine Project comes to life,” explains Travis Green. “We believe that great wine can come from different appellations and climates. Working with local farmers is just as exciting as chasing the harvest with our vineyards in the Pacific Northwest.” The 2,000 square foot space, previously used as an overflow production and storage space for the brewery, was completely renovated into the winery and taproom. While the production side of the winery, complete with 13 fermenters and aging tanks, oak barrels, and a dedicated canning line, has been operational for the last year, construction of the taproom and patio has been under renovation with the help of  RB+B Architects and Brinkman Construction who assisted Odell Brewing with the construction of their most recent Sloan’s Lake Brewhouse

The opening of the OBC Wine Project taproom follows just one month after the opening of Odell Brewing’s new Sloan’s Lake Brewhouse and Pizzeria. The brewery’s second Denver location is on the corner of 17th and Perry St. in Denver’s growing Sloan’s Lake neighborhood. This new taproom features 16 taps, a 10-barrel pilot brewhouse and a pizza kitchen with a full menu. Visit for hours and more info visit Sloan’s Lake Taproom webpage : https://www.odellbrewing.com/locations/sloans-lake-brewhouse/

About Odell Brewing – Odell Brewing, the 21st largest craft brewery in the U.S.,  is a regional, independent, and employee owned craft brewery. Since 1989, the culture of family and collaboration has thrived, fostering a brewery full of beer-centric people. It is this passion for beer that inspires Odell Brewing to create quality, hand-crafted and innovative brews. Odell Brewing is committed to providing exceptional service to its customers while making positive contributions to their co-workers and community through its outreach and charitable giving programs