Marc Sachs to Replace Dreeben on the Board of Directors 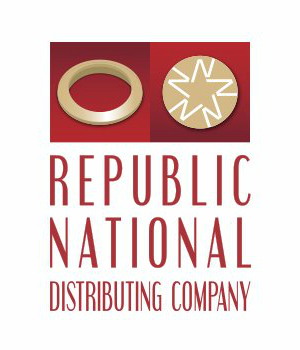 Grand Prairie, Texas, Dec. 31, 2020 – Republic National Distributing Company (RNDC), a world-class distributor of fine wines and spirits in North America, today announced that Partner Alan Dreeben officially steps down from his role as board member at the end of 2020. His son-in-law Marc Sachs will take his place on the board beginning Jan. 1, 2021.

“I am proud of all we accomplished at RNDC,” Dreeben said. “We became a national powerhouse while maintaining our commitment to our suppliers, customers and associates. Through it all, we maintained the family-focused environment and continue to grow to be the national distributor of choice.”

Dreeben was recently presented with the Lifetime Achievement Award by Wine Enthusiast and named Industry Executive of the Year by Market Watch Leaders.

He began his career path in 1966, working for the Gallo Winery. He was part of a pioneering leadership training program and reported directly to Ernest Gallo, the company’s founder. He returned to San Antonio, where he assumed leadership of Block’s wine program and spearheaded its growth. Dreeben is responsible for bringing the Wine and Spirit Education Trust (WSET) certification to the United States.

Dreeben has been a vital part of RNDC’s growth for nearly two decades. He served as vice-chairman and director of Block Distributing and continued in this role after the merger with Republic – culminating in his current position as a partner of RNDC.

“Alan’s contributions to the industry are unsurpassed,” President and CEO Tom Cole said. I have known him and his wife Barbara my entire career and he made a significant impact on me from the beginning. I wish him well in his retirement and thank him for helping put RNDC on an accelerated growth trajectory. Alan will be missed in this role and we are pleased to welcome Marc to the board.”

Sachs is a 25-year sales and marketing professional. His focus has been on brand building, marketing strategy, and commercial planning. He spent the first 10 years of his career in advertising – producing national campaigns for some of the world’s most iconic brands. In 2005, he joined the wine and spirits company formerly known as Block Distributing. Through its growth and transition from Republic Beverage to Republic National Distributing Company (RNDC), Sachs managed and led multiple sales, marketing, and organizational development strategic initiatives.

Sachs has served on boards for the Cystic Fibrosis Foundation- North Texas and Temple Emanu-El. He has also been involved in The Rise School of Dallas, Folds of Honor, and the American Cancer Society where he has passionately contributed time and energy to supporting his community and beyond. Sachs is a graduate of the University of Texas at Austin and holds an MBA from Southern Methodist University. He resides in Dallas with his wife, Paige, and their three children.