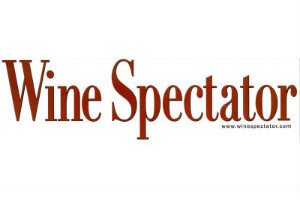 The Wine Spectator Scholarship Foundation has announced a contribution of $250,000 to World Central Kitchen, the charitable organization led by chef Jose Andres. The donation will help support the charity’s mission of feeding those in need—a cause all the more urgent amid the Covid-19 pandemic.

“Jose Andres is world famous for his enormous charity efforts devoted to feeding people in need,” said Marvin R. Shanken, editor and publisher of Wine Spectator. “This donation is intended to help feed many of the Americans who have lost jobs due to Covid-19, including restaurant workers, as well as front-line health care workers and other vulnerable groups.”

“We’re working around the clock to activate restaurants and kitchens to feed vulnerable communities and our brave medical professionals on the front lines, in order to make a meaningful impact in the fight to keep everyone fed, and to support the distressed restaurant industry,” said World Central Kitchen CEO Nate Mook. “We’re very, very grateful to the Wine Spectator Scholarship Foundation for their generous support of this mission-critical work.”

World Central Kitchen was founded in 2010 and has served more than 16 million meals globally since its inception. With a #ChefsForAmerica effort now addressing the fallout from Covid-19, the charity has stepped up to serve nearly 1.5 million fresh meals across the country, currently clocking in at 130,000 per day and rising.

The Wine Spectator Scholarship Foundation’s contribution to World Central Kitchen continues a decades-long legacy of giving back. Funded by proceeds from Wine Spectator’s New York Wine Experience, the Scholarship Foundation has raised over $25 million and funded more than 800 scholarships for students in wine and culinary educational programs. In total, parent company M. Shanken Communications’ charity efforts—which also include Cigar Aficionado’s Night To Remember devoted to prostate cancer research and the Els for Autism Pro-Am—have raised more than $50 million over the past 40 years.