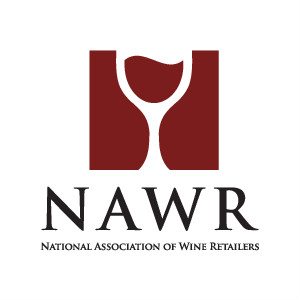 (Springfield, IL)—Both consumers across Illinois and the National Association of Wine Retailers (NAWR) applaud the introduction of Senate Bill 3830, a bill that will finally allow Illinois consumers to receive shipments of wine from out-of-state wine retailers and wine clubs. Sponsored by Senator Sara Feigenholtz (D) the bill is a response to the protectionist and anti-consumer ban on consumers receiving wine shipments from out-of-state retailers and wine clubs.

Currently, Illinoisans are barred from receiving wine shipments from out-of-state wine stores and clubs, even though shipments from out-of-state wineries as well as in-state retailers and wineries are allowed. This protectionist ban is not only unconstitutional based on the 2005 Granholm v Heald and 2019 Tennessee Wine v Thomas Supreme Court cases, but it also deprives consumers of access to hundreds of thousands of wines they cannot find locally and deprives the state of Illinois of significant tax revenue.

“This bill will stop the current discriminatory, protectionist and anti-consumer wine shipment policy in Illinois that plays no role other than to protect in-state wholesalers and retailers from legitimate competition,” said Tom Wark, executive director of the NAWR. “Equally important, the provisions of SB 3830 provide the same protections against minors obtaining wine via shipments and the same enforcement mechanisms that are successfully imposed upon out-of-state wineries that may currently ship into Illinois.

If it becomes law, SB 3830 will require out-of-state wine retailers to register with the State of Illinois, remit Illinois sales tax, file regular reports with the state on what has been shipped to Illinois residents, obtain an adult signature at the time of delivery, and force shippers to submit to the legal and regulatory jurisdiction of the state of Illinois—all the same conditions under which out-of-state wineries deliver wine to Illinois consumers.

“The current law banning consumers from receiving wine shipments from out-of-state wine retailers has cost the state millions of dollars in litigation costs and lost tax revenue, not to mention restricting the type of wines Illinois consumers may legally purchase,” said Wark. “This bill will bring Illinois law into the 21st century, stop the current litigation costs, keep Illinois’ regulatory system firmly in place, and finally give consumers real choice and access to the wines they want.”

Currently, the state of Illinois faces a lawsuit over its discriminatory ban on wine shipments from out-of-state wine retailers (Lebamoff v O’Connell). While costing the state hundreds of thousands of dollars to defend its discriminatory wine shipping law, Illinois also faces the prospect of paying opposing attorney fees. Chief Justice Diane Wood of the 7th Circuit Court of Appeals already shot down nearly every defense Illinois offered in support of its discriminatory law. Judge Wood’s reasoning for finding Illinois’ law protectionist and discriminatory was affirmed by the U.S. Supreme Court’s holding in the Tennessee Wine case. The 7th Circuit case was remanded back to the District Court where Justice Wood said the record must be developed rather than the case being dismissed as Illinois requested. Passage of SB 3830 would save the citizens of Illinois any further litigation costs.