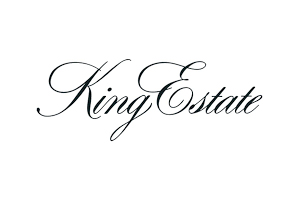 With that, King Estate President and CEO Ed King has implemented a living wage policy for the winery’s 150-person staff. The policy for all staff to earn at least $15 an hour went into effect with their Dec. 31, 2019, paychecks. Twenty-three staff people received a raise of as much as $2.50 an hour. The program is estimated to cost the company an additional $100,000 when fully implemented in 2020.

“We believe people should be able to earn a livable wage and we saw that it was within our control to do something about it,” King said. “We hope that others will join us to help raise the living standard for everyone.”

King Estate’s staff of 150 people includes those working part time. About one-third, or 50 people, are in the restaurant and earn tips. Tips are included as part of total compensation for restaurant staff. Of the 100 remaining employees, almost 20 percent earned an immediate raise as a result of this policy. The increase affects staff primarily in the production, vineyard and housekeeping departments.

King Estate joins the ranks of companies such as Walt Disney, Target, Google, Amazon, Ben & Jerry’s, Costco, Cleveland Clinic, Wells Fargo, Bank of America and others who have a similar policy.

“We were able to implement this very quickly,” King said. “The timing was coincidental, but it was especially nice to do during the holiday season.”

King Estate is located southwest of Eugene, Ore., at the southern tip of the Willamette Valley. Founded in 1991 by the King family, King Estate is committed to producing wines of exceptional quality under sustainable farming methods. In 2016 it was certified Biodynamic® by Demeter USA. King Estate produces world-class Oregon Pinot Gris and Pinot Noir, and wines from the inland growing regions of Oregon and Washington under its North by Northwest label. To this day, King Estate is owned and operated by the King family.

Prescription Vineyards Offers a Cure to Sip Boredom by Partnering with...