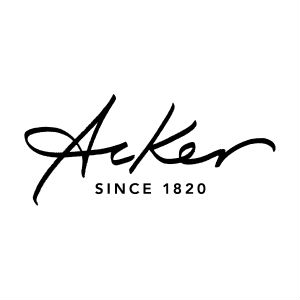 NEW YORK – September 25, 2019 – Acker, 2018’s leading global wine auction house, announced that it will offer the first-ever Domaine-direct consignment from famed estate Jean-Louis Chave in Hong Kong. This special composition of lots will feature a rollcall of incredibly rare bottles and the best vintages ever produced at the Domaine, including bottles dating back to the 1920s. Acker is privileged to be joined by the winemaker himself, Jean-Louis Chave, who will be present for the sale in Hong Kong, along with a series of events beforehand.

The sale marks the worldwide debut of the 2010 Domaine Jean-Louis Chave Ermitage Cuvée Cathelin in both bottles and magnums. Cuvée Cathelin, the Domaine’s prestige cuvée, is only produced in the greatest vintages in the Northern Rhône and is unrivaled in its expression of Syrah. This unprecedented, pristinely pedigreed, approximately 60 lot selection includes every vintage ever made of this spectacularly rare cuvée, including a Methuselah of the 2003 vintage that has garnered a 100-point accolade from the most influential wine critic of the last generation, Robert Parker.

Other highlights in this remarkable collection include rarely seen vintages of Hermitage Rouge and Hermitage Blanc dating back to the 1920s; the inaugural 2015 vintage of Jean-Louis Chave’s personal opus, St. Joseph Clos Florentin, and half-bottles of the unique Hermitage Blanc Vin de Paille, a sweet wine from Marsanne and Roussanne, only made in a handful of vintages and rarely seen on the market.

The vaunted Domaine Jean-Louis Chave was established in 1481 and has been passed down through countless generations of family winemakers. The ancestral home of the Domaine lies in Saint Joseph, which holds a special place amongst their offerings. After phylloxera decimated their vines above the Domaine in Mauves, the noteworthy purchase of vineyards in Hermitage provided the family one of the most incredible terroirs in the world, a terroir which catapulted the Domaine into the pantheon of the greatest wineries in the world. Jean-Louis Chave and his father, Gérard, brought the winery to international acclaim with their talent for blending fruit from the choicest parcels of Hermitage— Les Bessards, l’Hermite, Péléat, and Le Méal, amongst others.

Says Acker Chairman,John Kapon, “Hermitage is considered the greatest terroir for Syrah in the world, and Jean-Louis Chave produces the epitome of this wine. His wines are uttered in the same breath as any of the most highly collectible wines of the world, and they deserve a place in every connoisseur’s cellar.” He continues, “To be the first auction house to offer this significant and historic selection of wines in Hong Kong is a tremendous honor, as is drinking any bottle of Chave on any occasion.”

Acker’s November 9 Hong Kong auction is scheduled to take place at Grissini in the Grand Hyatt Hotel in Hong Kong. A full listing of the lots featured in this spectacular collection may be viewed in Acker’s November Hong Kong auction catalog, which will be released in October. Bidding requests will be accommodated in advance, in the auction room, and via all of Acker’s web platforms including bidlive.ackerlive.com. Sale inquiries and catalog requests should be directed to [email protected].