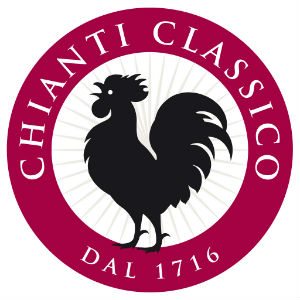 NEW YORK, August 15, 2019 — The Chianti Classico Consortium (Consorzio Vino Chianti Classico) is happy to announce the release of its 2016 vintage of Gran Selezione wines, the highest designation of the region’s quality pyramid. On July 1, the Gran Selezione wines were released upon completion of a mandatory minimum aging requirement of thirty months, including at least three months in bottle—with the 2016 vintage marking the 300th anniversary of the first delimitation of the region by Granduke Cosimo III de’ Medici in 1716.

First launched in 2014 as a certification superseding the already-stringent requirements for the designations of Riserva and Annata, the Gran Selezione wines of Chianti Classico represent the pinnacle of the region’s production. A Chianti Classico wine may earn the Gran Selezione distinction if its grapes are grown and bottled on the estate, produced from a single vineyard or selected from only the estate’s best grapes, aged for a minimum of thirty months with three months mandatory aging in bottle, and show outstanding organoleptic characteristics. Starting in 2014 with 33 producers, the number of estates producing Gran Selezione wines has grown to 136, with a total of 155 labels in the market, which now represents 6% of Chianti Classico’s overall production.

The result of these elevated standards for Gran Selezione is apparent in the 2016 vintage, which has received exemplary scores from the wine press. Numerous labels have so far earned 95+ points from Decanter, James Suckling, and Antonio Galloni, with the latter critic touting 2016 as a “classic vintage in the making.” Galloni went on to note: “The 2016s I have tasted so far point to a high quality vintage that may very well turn out to be profound.”

Not only are the wines of Chianti Classico thriving under the exacting criteria of the Gran Selezione designation, but they are more sustainable and environmentally-conscious than ever. A recent study conducted by the Consortium has shown new, constant, and meaningful investments in innovative environmental practices like forest management (30% of all estates), soil management (41%), water management (27%), recycling (35%), sustainable energy use (24%), and compost production (21%)—in addition to the fact that 40% of all vineyards in the appellation are certified organic.

Stewardship of the land is a longstanding, key component of the Tuscan winemaking tradition, and a practice that will ensure that the historically-important terroir of Chianti Classico will not only continue to produce world-class wines with integrity and soulfulness, but will also continue to be preserved for coming generations.

About the Consorzio Vino Chianti Classico:

The Consorzio Vino Chianti Classico exists to protect, oversee, and valorize the Chianti Classico denomination. Since the Consortium’s founding in 1924, the organization has changed its name and the design of its logo, the Black Rooster, which since 2005 has been the trademark of the whole denomination. As one of the premier institutional organizations in the European Union in the grape-growing and winemaking sector, the Consortium represents 96 percent of the DOCG production. The entire production chain is supervised by a public tracking system, which enables consumers all over the world to check the bottle they’ve purchased via the Consortium’s website. The Consortium also conducts research and development in the agronomic and enological fields, in collaboration with prestigious educational and research institutes. For more information, please visit www.chianticlassico.com.