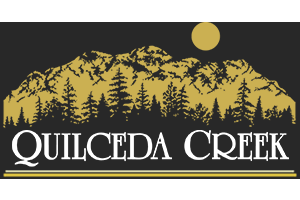 SNOHOMISH, Wash. – June 25, 2019 – Quilceda Creek announces the new hire of Nicole Trumble as National Sales Manager, effective June 17, 2019. In this role, Trumble will bring her 15+ years of wine industry experience to the Snohomish, Wash.-based winery to grow its network and promote its brand identity across the U.S.

As National Sales Manager, Trumble will work heavily in the U.S. distribution system, a three-tiered system made up of producers, distributors and retailers that was adopted after the repeal of Prohibition in the U.S. Having recently gained controlling interest in the world famous Champoux Vineyards, Quilceda Creek has continued to position itself as the premier producer of Washington State Cabernet Sauvignon. Trumble will be responsible for navigating the wholesale network to ensure Quilceda Creek remains outstanding in the industry. John Ware, Quilceda Creek’s General Manager, comments “Nicole is a strategic hire. Nicole will be instrumental in educating our distribution partners of the quality and value of Quilceda Creek wines.” Other responsibilities of the position include extending the list of restaurants and fine wine retailers that offer Quilceda Creek wine, by building relationships with sommeliers and allowing them to experience the wine first-hand. Ware continues, “the best way to understand the terroir and the family’s dedication to quality, is by opening a bottle.”

“Quilceda Creek is the benchmark producer of Cabernet Sauvignon in Washington State and unparalleled in a league of producers dedicated to creating tremendous, world-class Cabernet Sauvignon,” said Trumble. “It is an honor and a pleasure to work with the Golitzin family and represent these illustrious wines with distinction and leadership.”

Established in 1978 by Alex and Jeannette Golitzin with the first vintage produced in 1979, Quilceda Creek is Washington State’s 12th bonded winery after Prohibition, but the family’s history with winemaking dates back to the late 1800s. Family owned and operated and one of Washington State’s premier wineries, Quilceda Creek has dedicated itself to producing world-class Cabernet Sauvignon. The wines of Quilceda Creek have been an expression of five vineyards in the coveted Horse Heaven Hills and Red Mountain American Viticultural Areas (AVA). Champoux Vineyard is one of the oldest vineyards in Washington State and the Cabernet Sauvignon grapes grown there have produced five of Quilceda Creek’s perfect 100-point wines. Grapes for the sixth 100-point wine were sourced from the Galitzine Vineyard in the Red Mountain AVA. Today, Paul Golitzin oversees all aspects of winemaking and vineyard operations. To find more information or to schedule a private tour of its tasting room and winery in Snohomish, WA, visit www.quilcedacreek.com, or find the latest updates on Facebook, Twitter and& Instagram.