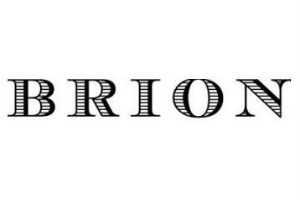 (NAPA VALLEY, CA—April, 11, 2019) BRION, the new standalone label in Napa Valley established by Brion Wise of B. Wise Vineyards, announced its vineyard and winemaking team. The team consists of three top Napa Valley winemakers, a collection of accomplished local vineyardist and a dedicated master cooper who will collaborate to pursue Wise’s goal of depicting distinctive terroirs through wine.

B. Wise Vineyards will move its BRION production to a new south Yountville winery at the edge of the famed Sleeping Lady Vineyard and is expected to open in advance of the 2019 Harvest. The assembled BRION winemaking and vineyard team will oversee production of four single vineyard, Cabernet Sauvignon-based wines under the BRION label: Caldwell Vineyard in the hills of southern Coombsville; Oakville Ranch Vineyard, located in the foothills of the Vaca Range in the Oakville District; Moon Mountain Vineyard at the Sonoma summit of the Mayacamas Range; and the renowned Sleeping Lady Vineyard in the foothills south of Yountville.

“BRION is the vineyard-centric project I’ve been working toward for some time,” said Wise. “It is my conviction that great vineyards and great farming goes all the way through to the bottle. Working with the right sites and the right people is everything.”

Originally attached to Wise’s Sonoma-based B. Wise Vineyards, the new BRION estate winery is set to open later this year. The winery will occupy a restored late 19th century barn that is believed to be one of only two remaining structures in the state built in a unique “bank barn” architectural style. The BRION restoration project is following the Secretary of the Interior’s guidelines for historic properties and preservation. Once completed, the new winery will serve as the dedicated production facility for the wines as well as the hospitality venue for BRION clients and guests.

BRION was founded by Brion Wise. The winery produces single-vineyard wines from distinctive properties located in and around Napa Valley. The initial BRION release was from the 2002 vintage. Wise is also owner of B. Wise Vineyards located on Moon Mountain in Sonoma Valley. The BRION wines are currently procured via an allocation system. For more information visit www.brionwines.com.