The Consorzio di Tutela Barolo Barbaresco Alba Langhe e Dogliani announces a major presentation of the new vintages of Barolo and Barbaresco ahead of Vinitaly 2019. 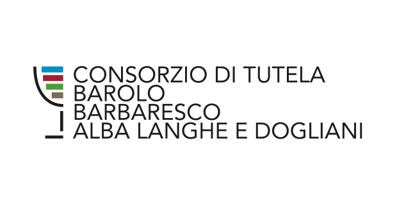 The Consorzio di Tutela Barolo Barbaresco Alba Langhe e Dogliani has planned to launch the new vintages of Barolo (2016) and Barbaresco (2017) with a spectacular event dedicated to the Piedmontese ‘red kings’, set to take place in New York on February 4-6 2020.

The initiative represents a change of pace and strategy for the Consorzio and follows the decision to launch Grandi Langhe – the trade tasting scheduled for January 27-28 2020 in Alba – as a yearly event.

For the first time, the Consorzio will speak directly to final consumers around the globe, to promote and communicate the uniqueness of the appellations it represents – with a special focus on Barolo and Barbaresco.

Barolo & Barbaresco World Opening (BBWO) will ask the World’s 50 Best Palates – wine critics, journalists, judges, sommeliers –to give a score to the vintages of the two red wines, before these are presented and uncorked during a special gala dinner in worldwide broadcast.

“We want to let consumers know about the outstanding quality of these wines, as well as their prestige. Barolo and Barbaresco are produced in limited quantity: about 14 million bottles for Barolo and 4 million for Barbaresco”, said the President of the Consorzio Matteo Ascheri.

Following the launch in New York, the Barolo & Barbaresco World Opening will touch base in Shanghai (2021) and San Francisco (2022). The focus on the US and China is no coincidence.

“The US and China are two strategic – although profoundly different – markets for the Langhe’s appellations”, explained the Direttore del Consorzio Andrea Ferrero.

Top notch wines, Michelin-starred food and Italian music will be the core elements of the event, as the Italian ‘popera’ band Il Volo will be the musical ambassador of the BBWO. A celebration of the Made in Italy in all its expressions.